Are You Saying What You Mean?

In early October, I attended a Racial, Equity, and Inclusion training hosted by Blue Cross Blue Shield North Carolina Foundation and facilitated by the CommonHealth ACTION team. Among many valuable insights, I was most impacted by the training’s attention to language. Natalie Burke, CommonHealth ACTION’s President and CEO, worked with the rest of her team to define and develop a shared understanding of words and phrases commonly used in equity work. These include racism, social advantage and disadvantage, inclusion, equity, and equality.

As an example, Natalie mentioned the misuse of the word empower. She described how people and organizations working with community members often state that they want to “empower” them. However, the primary definition of the word empower means to grant someone power. Synonyms include authorize, entitle, permit, allow, license, and sanction. Is this what we really mean?

Community members already have power. They just might need help recognizing it, owning it, and using it. Natalie suggested that we stop using "empower" in this context because it removes agency from those we claim to support.

This statement initially shook me. I’d always used the word empower in the sense of its secondary definition, “to enable the sense of power; to promote the self-actualization or influence of someone.”  Healthy Places by Design even uses it in some of our documents. But I realized, after a little reflection, that at no point in my work with communities have I ever (or will I ever) be giving the people who live in them power.

At no point in my work with communities have I ever (or will I ever) be giving the people who live in them power.

I’ve decided to stop using the word in that context, because I can’t assume that everyone is using the same definition. Instead, I’ll make sure to say exactly what I mean: that I want to help people use their power to reshape their communities into healthier places to live. I don’t get it right all of the time, but along with my team, I’m making a genuine effort with a spirit that’s open to correction.

On the surface, this conversation is about word choice. But if we look closer, this is also a conversation about evaluating our methods for community change. For instance, we might discover that certain phrases or strategies we’re deeply committed to are having adverse effects. An organization could realize that its branding is actually hurting the communities it serves. These aren’t easy things to reckon with, but sweeping concerns like these under the rug isn’t an option.

People working to improve communities are well-intentioned. But intention doesn’t equal impact. It also doesn’t insulate us from the consequences of our actions. We shouldn’t be committed to a particular method of community change or way of talking about it—we should just be deeply dedicated to the end result. I challenge you to join me in becoming more reflective. Let’s more consistently evaluate our words and actions. And let’s be nimble enough to change, when needed, so we can partner with community members as allies, not as gatekeepers. 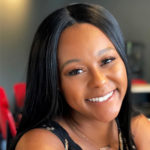