Before joining Active Living By Design (ALBD), I was the project manager for Active Routes to School, a North Carolina Safe Routes to School Project funded by the North Carolina Department of Transportation (NCDOT) and led by the North Carolina Division of Public Health (NCDPH). In that role, I supported 10 regional project coordinators across NC who work with partners on programming, training, policy, and environmental changes to make it easier for elementary and middle school students to safely walk and bike to school.

During my orientation, I learned that although 15 percent of children in NC ages 5-17 lived within one mile of their school and 34 percent within two miles[i], only four percent walked or bicycled to school at least once a week[ii]. When such challenges exist, collaboration is key for impactful change—and there was a clear need for NCDOT and NCDPH to work together. In this case, they partnered to enable more youth to reach the recommended level of physical activity and increase safety while walking and biking, which are key components of these organizations’ missions.

While project manager, I realized the primary role that this innovative statewide partnership played in increasing North Carolina’s participation in International Walk to School Day (WTSD), with a 242 percent increase from 2013 to 2016[iii] (Active Routes’ participation began in 2014). I saw the value of collaboration between these two state agencies as NC rose from 27th to 6th in national rankings of 2015 WTSD registrations. Overall, Active Routes to School is a great example of a multi-disciplinary and cross-sector partnership that achieves impactful community efforts, drawing on many of the lessons in ALBD’s Community Action Model.

What can this statewide organization’s success teach us about effective partnerships?

[iii] Obtained by the National Center of Safe Routes to School. WTSD registration comparisons from 2013 to October 5, 2016. 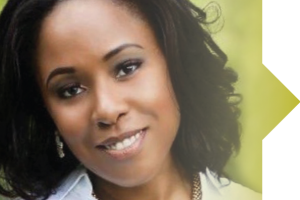