The Hands that Feed Us

As a health-conscious vegetarian and college student on a budget, I spend a lot of time in the produce section of grocery stores evaluating what I am going to buy. A lot of thought goes into this seemingly ordinary process—how much is the produce? What is its quality? How easy is it for me to cook? Until recently, though, one important question lacking from my line up was: how is this produce harvested?

It is estimated that 85% of the produce we consume in the United States is harvested by the hands of farmworkers, yet they are largely invisible in our food system.

Farmworkers endure a variety of health-compromising tasks to which few other occupations are exposed. During a typical day in the field, crop farmworkers spend more than eight hours at a time bent over, performing repetitive, labor-intensive work that increases their chances of having a chronic injury. Many are also exposed to pesticides and other chemicals from the crops they harvest, causing immediate- and long-term effects. Others face extreme rates of heat exhaustion during the summer months.

In addition to the physical challenges, farmworkers also face economic pressures. Wages are often determined by the amount picked per worker rather than by an hourly wage, which yields insufficient funds to meet basic needs—including being able to afford the very food they have harvested. Consequently, it is not uncommon for children to assist their parents in the fields as soon as they are able to help with the household expenses. In farm-working families who migrate to earn income, children are not easily able to finish school and are exposed to the same health risks as their parents. Ultimately, these tradeoffs mean that multiple generations may continue to work as crop farmers, compromising educational, health, and income goals.

If we truly aim to have an equitable and inclusive food system, those who harvest our produce must have the ability to not only afford the produce they pick, but to also protect their health while picking it.

Although progress has been made through federal policy for farming, some of these policies still contain loopholes that don’t apply to the farmworkers themselves. For example, the Fair Labor Standards Act excluded wage protections for farmworkers until 1968, 28 years after its original enactment. Today, it still does not contain overtime provisions for farmworkers, and minimum wage laws do not protect farm workers who work on farms that employ fewer than seven reported workers. Children working in agriculture also do not have the same protections as children in other occupations. Where applicable, federal labor legislation should be inclusive of farmworker protections and be mindful of policies that may harm health and livelihood.

As consumers, we can be directly involved in helping farmworkers through policy, system and environmental changes in our local communities. Funders can choose to include farmworker health as part of their community health funding, and organizations can be intentional about advocating for farmworkers when discussing a healthy food system. No matter the mechanism, it is worth advocating for those who harvest the food we eat every day.

What farmworker advocacy issue could you champion in your work?  Share your ideas with us on Facebook and Twitter and learn more about farmworkers through the following resources: 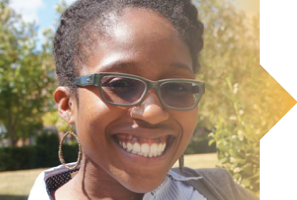