The Importance of Defining the Future We Want

For most of the 20 years that I’ve worked at the intersection of the nonprofit and public health fields, the collective conversation focused on what we were not.

Consider the term “nonprofit.” The label distinguishes this type of organization from those that make a profit, as if the most important point we could make was that “we are not capitalists.” Likewise, throughout my early career in public health, goals were primarily focused on preventing chronic diseases, and strategies were designed to “end” negative outcomes and “remove barriers to” healthy behaviors.

When we only describe what we are against, preventing, or stopping without also describing what we are for, our thinking is constrained by the problem itself. When we articulate the positive outcomes we want, our thinking is guided by abundance and an ability to recognize opportunities and imagine possibilities. As I dwell on this, I realize how prevalent negative framing is more broadly within our culture, and how it is specifically showing up in this critical moment of reckoning with who we are, and who we want to be, as a country.

Departments of Public Safety, for example, have long been focused on protecting us from what we fear might happen, such as accidents, crime, fires, or other hazards, rather than on what makes communities whole and secure. This focus plays out in the structures of our public safety systems. For example, we fund mass incarceration rather than healing and restoration, even though mass incarceration doesn’t make us safer.1 The focus on fear shows up in community design, too. Gated neighborhoods wall themselves in because residents think they are better off isolated to prevent harm rather than recognizing the benefits of an inclusive and socially connected community.2,3,4

More recently, public health advocates have begun to describe what health is (a state of complete physical, mental, and social well-being) rather than what it isn’t (merely the absence of disease). We are finally seeing shifts discussions about public safety, too. Advocates are voicing a vision of what could be as we begin to imagine a new future. For example, Durham Beyond Policing is a North-Carolina- based coalition that re-envisions how public safety can move beyond current punitive models. They describe public safety in a positive frame as “An abundance of resources. Freedom to live our lives. Communities participating in collective decision making (and) resolving our own problems with all the support we need. Nourishment. Feeling at ease.” They offer corresponding solutions that restructure resources to support these outcomes. And nationwide, folks are asking what a future would look like in which government agencies assist—rather than arrest—people.

As we broaden this conversation beyond the nonprofit and public health sectors, we must likewise be more intentional about articulating what is possible—not just what is wrong. To truly address historic injustices and ongoing oppression of people of color, we must envision a future far more innovative than one in which these problems are merely absent. 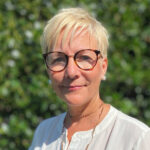