The first weekend of October was bustling with energy and optimism as the fourth annual Untokening gathering took place in downtown Durham, NC. Untokening is a volunteer-based, multiracial collective that “centers the lived experiences of marginalized communities to address mobility justice and equity.” In addition to publishing the much needed Principles of Mobility Justice in 2017, the Untokening leadership team has helped organize an annual gathering in a different location each year.

As a member of Durham’s Bicycle and Pedestrian Advisory Commission (BPAC), I was invited to be on the Untokening planning committee, which is led by Aidil Ortiz, a fellow BPAC Commissioner. And as a white queer woman, I am incredibly grateful to have had the opportunity to learn from and participate in Untokening.

René Rivera, a founding member and organizer of Untokening, offered his perspective on the importance of this work:

When I first started to go to national conferences as a bicycle advocate, I was shocked to find that the movement was so dominated by white cis1 hetero men. There was a lot of talk about equity, but no commitment or investment in actually changing who was in leadership. For me, the Untokening is primarily about creating a space that centers BIPOC2 experience, as well as women, queer, and trans folks. I am much more interested in the conversations we are having in this space than in trying to change the conversations in white-dominated spaces. The Untokening is about creating the leaders we need for real change in the active transportation and mobility justice movement.

This type of event and the network it creates is imperative if we want to shift the culture of urban planning from one that perpetuates racist land use policies and a system of patriarchy to one that prioritizes equity. And for this shift to happen, we must invest in practitioners and community leaders who intentionally and consistently work toward this outcome.

Each component of the planning process was intentional. The gathering was accessible and affordable, strove to facilitate meaningful conversation, and centered the experiences of people of color (POC) and people with marginalized identities. Prospective attendees were asked to submit applications before registering for the event, which the planning committee then used to ensure that at least 75 percent of the attendees were POC and people with marginalized identities.

Goals for the gathering included discussing the need for and history of mobility justice and identifying methods for healing the impact of oppression on participants’ bodies. These intentions led to explicit goals, which led to strategic processes, which ultimately led to successful outcomes.

The event itself felt like an anomaly compared to other conferences. It was not only productive and informative, but also casual and friendly. Session topics included Oakland’s Department of Transportation’s Racial Equity Team, Durham’s Equitable Community Engagement Blueprint, and Accessible Transportation and Mobility Freedom for People with Disabilities. Jesi Harris from People for Mobility Justice also presented the five D’s, an alternative framework to transportation planning’s typical five E’s (Education, Encouragement, Engineering, Enforcement, and Evaluation).

Imagine a future in which decision makers are accountable to their communities with a framework that lifts these goals:

Here are additional outcomes of the gathering by the numbers:

The Durham BPAC hosted a public event the following week to continue conversations from the Untokening gathering. Over 30 people attended to reflect on how Durham can work toward a more equitable community engagement process. The majority of attendees were white, and included transportation and planning professionals, interested residents, and pedestrian and cycling advocates.

I facilitated a conversation with these attendees in response to the question, “How is mobility impacted by various identities (i.e., race, gender, income, citizenship status, sexual orientation, ability)?” Some people seemed hesitant to speak to identity-related experiences outside of their own. There was a recognition of other people’s fear and safety concerns regarding sexual violence, the criminalization of movement for people of color, and inaccessible infrastructure for people with disabilities. People with non-marginalized identities acknowledged the safety they feel because of their privilege. However, the apprehension about discussing other people’s experiences reiterated for me how essential it is to have people with different identities at the table when we plan communities, events, and engagement processes.

"If we’re upset that some spaces aren’t as representative or diverse, it’s because we didn’t plan for it to be that way. We get what we plan for.”

The Untokening gathering and its planning process proves that it is possible to choose to make places and processes more equitable. “When you curate a space intentionally,” says Aidil, “centering a particular audience from the very beginning, then it does change who shows up. So, if we’re upset that some spaces aren’t as representative or diverse, it’s because we didn’t plan for it to be that way. We get what we plan for.”

1 A cis (short for cisgender) person is a person that identifies as the gender that matches the sex that they were assigned at birth.

2 Black, Indigenous, and People of Color 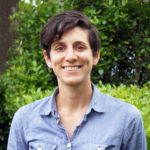 Julia is a freelance consultant working at the intersection of public health and urban planning.